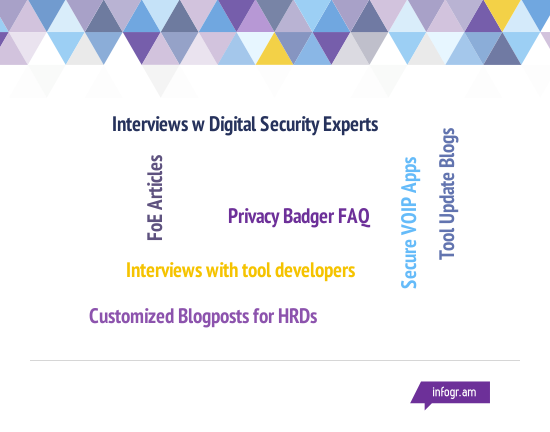 Freedom of Expression and information control in MENA in 2016

Originally Published on iGMENA and Featured on OTF News Section

Eighteen countries in the MENA region are Arabic-Speaking and have over 150 million internet users. Most of these countries enjoy fast growing internet penetration rates, mainly through mobile networks. However, the increase in internet access in many of those countries is faced with governmental information control techniques that range from technical to legislative.

Internet Policies and Legislation in MENA

Internet policies and legislations passed in MENA countries are often vague leading to both systematic and sporadic blocking events. In Saudi Arabia, for example, censorship is synonymous with the word internet, since content filtering started from Day 1 and now reaches at least 500,000 websites deemed by the authorities as offensive to their social, political, and economic values.

Other Gulf countries have followed suit, and some, like the UAE, are developing a more sophisticated censorship model. Several sources have revealed recently UAE’s ongoing efforts to create an in-house surveillance and offensive cyber-security system. In addition, UAE is a pioneer in cyber laws that threaten internet freedom and the latest infamous Emirati law amendment to penalize VPN use with more than 500,000 USD and jail time have made global news due to its absurdity. Oman has also made changes to their internet laws this year, requiring public Wifi providers to keep user information for three months.

Dissent and Freedom of Speech in the Arab-Speaking World

The strictness and vagueness of the cybercrime law in the aforementioned countries is reflective of laws in the majority of the Arab-speaking world, and their application extends to silencing dissent and freedom of speech. AL-Zaman Omani newspaper was closed down and its website was taken offline after uncovering corruption in the legislative body. Mideast Eye, AlJazeera, AlArabiya, and Al-Alam are some of many websites blocked in different Arab countries for political reasons in 2016.

In Egypt, imprisoning activists and ordinary citizens for voicing their dissent with the current government is still the norm. Bahrain has shut down and throttled the internet many times over the past 6 months to silence dissent. Blocking social media during exams have also taken place in Algeria and Iraq during past months.

The biggest share of systemic and recurrent blockings, however, goes to messaging and VoIP apps. Calling features of Facebook messenger, Whatsapp, and line was blocked this year amongst other apps that provide a calling feature. Blocking of VOIP apps has been condemned by users as another way for telecom companies to increase profits. Overall, consumer discontent with the telecom companies is rising and many boycotting campaigns emerged in different countries to protest their bad services and high prices.

Another worrying trend that is occurring in MENA, is the exportation of bad policies to other countries with the regional expansion of telecom companies. Etisalat, for example, an Emirati company, blocked VoIP in Morocco after its acquisition of a Moroccan telecom company recently. Blocking messaging apps for political reasons like Yemen, which is embroiled in a civil war, have seen the blocking of Instagram, Telegram, and recently Whatsapp, since the start of 2016.

Challenges facing Internet freedom in MENA are mounting. Users are resorting to different access solutions to circumvent the blocking. In the process, these users can install circumvention tools that can jeopardize their personal data or be cost prohibitive. A positive sign that Mada19, an organization that promotes internet freedom in MENA, has seen over the past six months is an increase in adoption rates of open source circumvention tools distributed on their platforms. Providing safe and secure circumvention tools for MENA users should be a priority to strengthen communities resilience to information controls and internet shutdowns. This infographic showcases Mada19’s work in 2016  to contribute to these efforts.