Canada, February 15, 2017 — Many Iranians use circumvention tools, often referred to as filter-shekan or “filter-breakers” in Farsi, to access websites that are blocked or filtered by the government. While it seems that filter-breakers are readily available online, it can be hard to verify the authenticity and security of tools, thus making users vulnerable to malware and surveillance. To address this problem, ASL19 has launched Paskoocheh, an open source app-store curating trusted circumvention and privacy tools in Farsi.

Since its launch in July 2016, Paskoocheh has received over 800,000 download requests for circumvention and privacy tools. The platform is the first of its kind specifically developed for Iranians, and aims to deliver the most effective tools through user ratings and reviews. The team also aims to incentivize tools localized for Iran, by facilitating feedback between users and developers through online mechanisms and technical support.

The platform has received overwhelmingly positive feedback from Iranians. When President Rouhani tweeted that “blocking and filtering is not the solution” an Iranian responded; “seek help from Paskoocheh, it’s really useful.” Another user tweeted that, “with Paskoocheh, no one is stuck behind internet censorship.” While Iranian censors have blocked access to Paskoocheh website, alternative distribution channels are available to deliver these tools via the Android app, Telegram, and email.

According to Ali Bangi, Founder and Co-Director of ASL19, “Anti-censorship tools are very popular among Iranian internet users. Unfortunately, Iranian app-stores like Cafe Bazaar are unable to provide these tools. Given that we’re based outside of Iran, it is less risky for us to to step in and help out. It serves as a trusted, one stop hub for a variety of tools, particularly for activists and human rights defenders.”

ASL19, Farsi for Article 19, is an independent technology lab founded in 2012 to help Iranians bypass Internet censorship. Our work helps citizens in Iran and the greater MENA region to assert their fundamental rights to freedom of expression and access to information. At the heart of ASL19’s mission, Article 19 of the Universal Declaration of Human Rights states: “Everyone has the right to freedom of opinion and expression; this right includes freedom to hold opinions without interference and to seek, receive and impart information and ideas through any media and regardless of frontiers.”

You can access higher quality logos, diagrams and other graphics that have been featured above here. 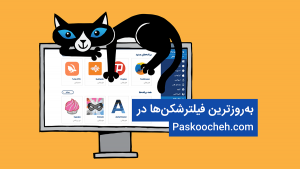 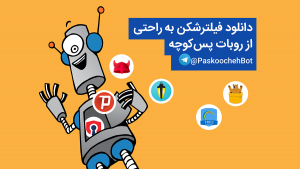