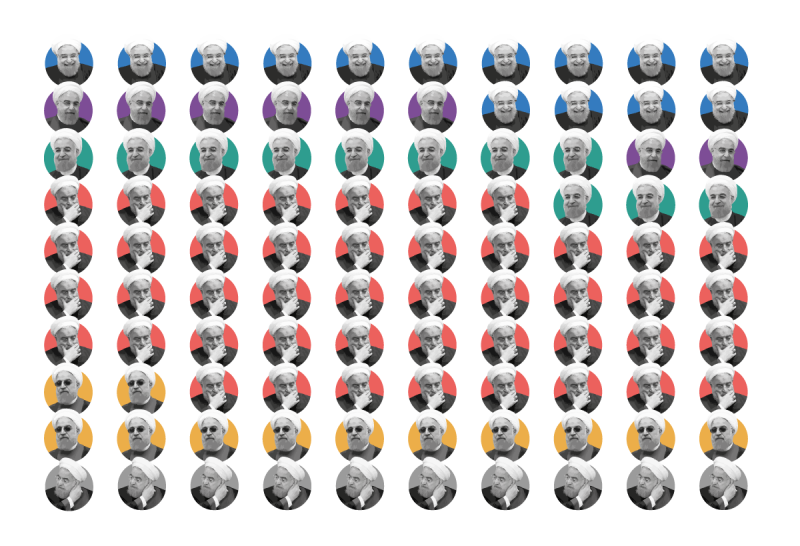 August 2019 marks the sixth anniversary of Hassan Rouhani’s presidency. His sixth year in office was a difficult one, both for him and for the people of Iran. The economic and political crises that began earlier seem to continue into his seventh year.

The Rouhani administration has not experienced such instability since he came to power in 2013. Changes in cabinet during the past two years have been more than the first four years combined. Since the start of his second term, four cabinet ministers have resigned and one has been reassigned to a different ministry. 15 provincial governors who were appointed after Rouhani’s reelection, have been replaced by new individuals. These shifts are all signs of instability.

Iran’s economic crisis started during the first months of the 12th administration, but reached its peak during the past year. Rouhani has even broken a few economic records. Based on reports from Iran’s Statistics Centre, inflation rates are at their highest in the past 25 years. The past year also saw a record low for the  economy, with Iran experiencing its worst depression since the Iran-Iraq war that ended in 1988. Oil production is also at its lowest since 2000 and Iran’s rial is worth four times less than the day Rouhani took office.

This is a stark contrast to the political climate two years ago, when Rouhani was credited for bringing relative stability to the economy. Today, however, the page has turned on the economy and Iran’s foreign policy alike. Up till last year, Rouhani was able to cite the nuclear deal and the good relations with Europe in response to domestic criticisms. This is no longer the case. Not much remains of the unsuccessful JCPOA, which has become a stick in the hands of critics to attack the administration.

The recent tensions between Iran and Britain are reminiscent of the Ahmadinejad years, in addition to a very serious threat of war looming on the horizon.

Hassan Rouhani is starting his seventh year in office with few things to look forward to. Although it is very difficult to predict what lies ahead because of the speed in which events are unfolding in Iran, one thing is certain and that is Rouhani is going to have a very rough seventh year.

On the other hand, 11 promises are in progress and it is still unknown whether they will be fulfilled. 8 promises have been rated as compromised, since they were delivered but not exactly as promised. This leaves only 14 promises rated “achieved” out of the100.

The table below provides an overview of these promises in the past three years: 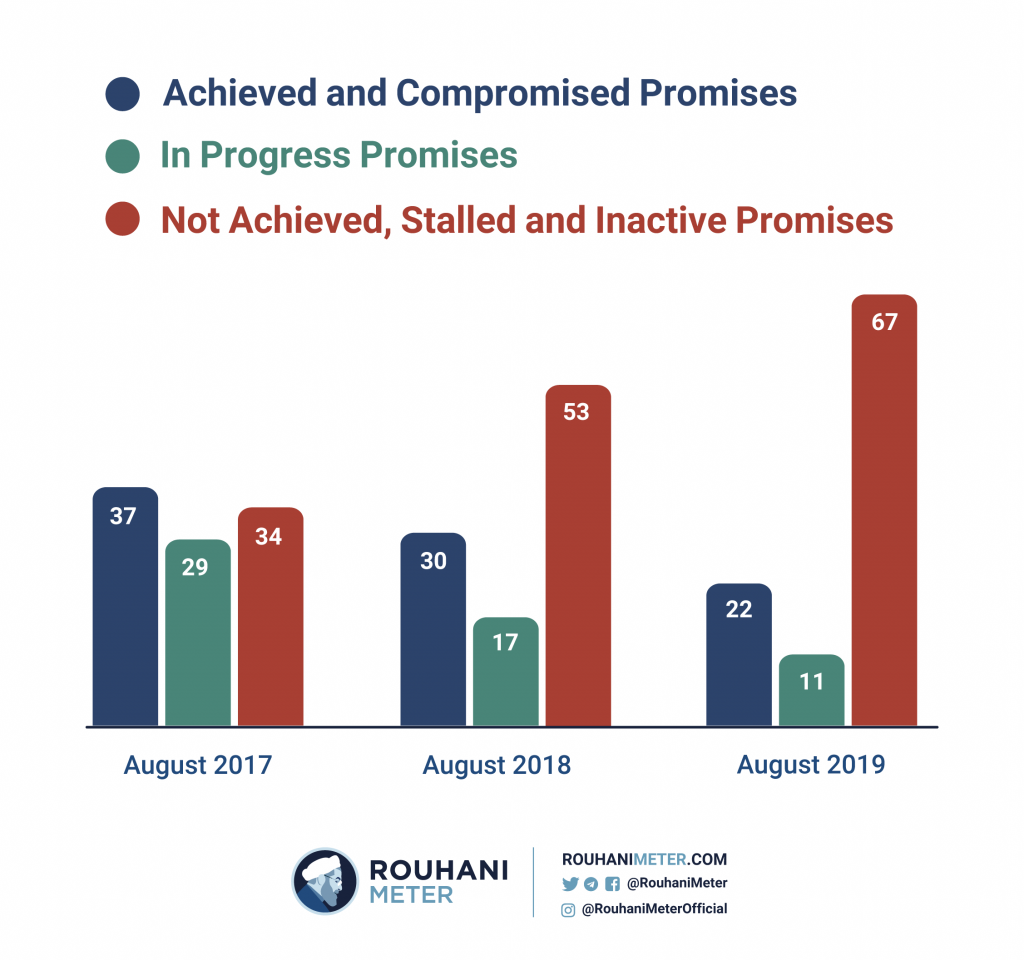 The situation is worse among the promises second campaign promises. None of the 26 promises added after the 2017 elections, have received an “achieved” rating. 3 are “in progress and 2 are ”compromised”. The remaining 21 promises are either “stalled”, “not achieved” or “inactive”.

All 14 “achieved” promises were made by Rouhani in 2013, of which 6 are now “compromised” and 8 are still “in progress” and 6 are rated “stalled”. 34 of the first-round promises have been rated “not achieved”. 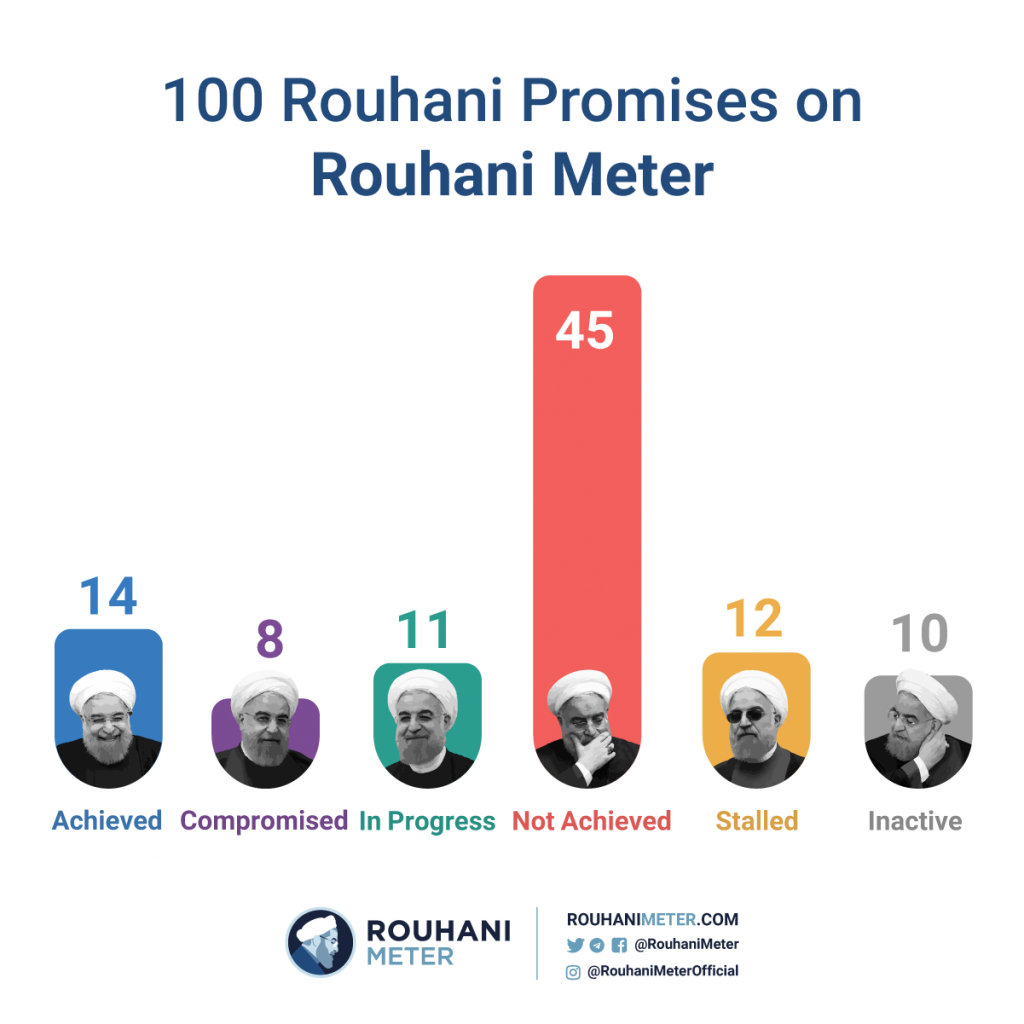 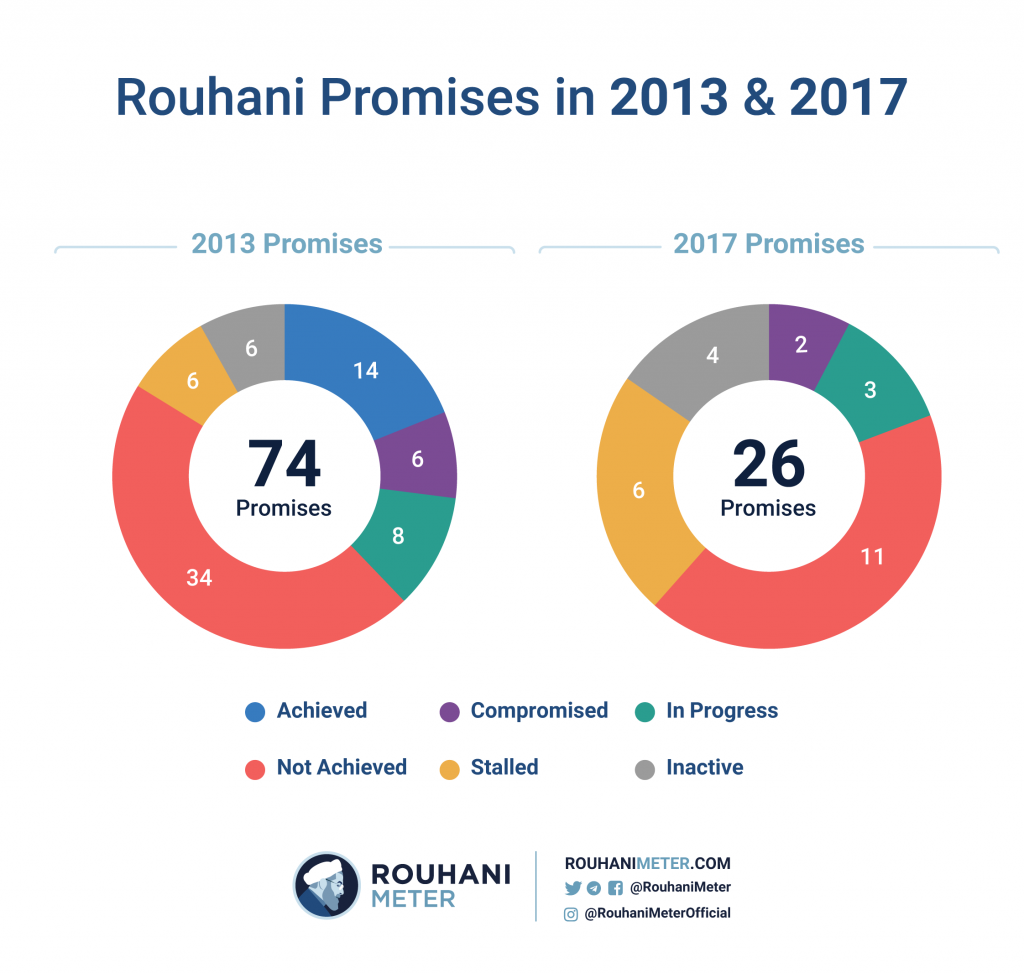