The saying “easy come, easy go” rings true for Iranian Internet users. For a brief period in mid-May 2016, Iranians were granted access to some of Google’s most important online services: Google Analytics and Google Developers. This was a welcome development, as Iranians were already deeply integrated into Google’s ecosystem. People responded with excitement on Iran’s Twittersphere:

@EsiRnd: “Today can be the best Saturday of the year #techsanctions #google” 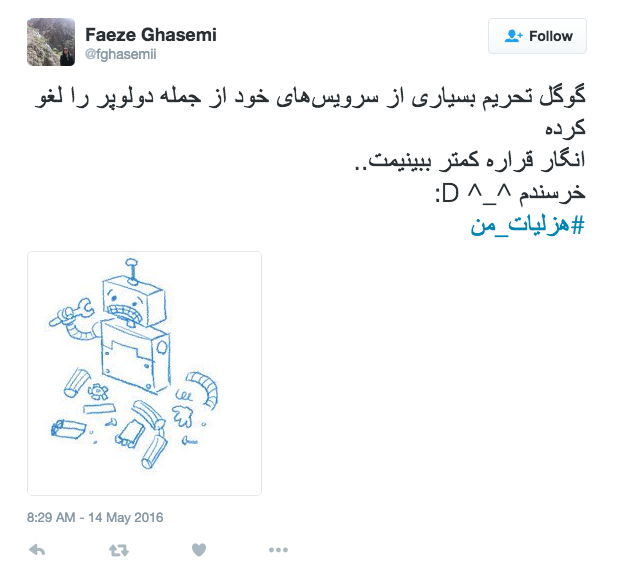 @fghasemii: “Google has lifted sanctions from some of its services, including developer. Looks like I will be seeing you [image] less.” 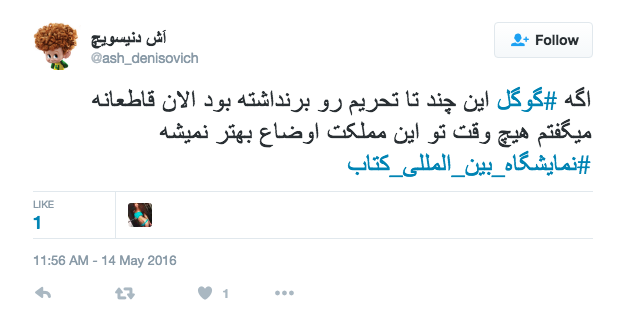 @ash_denisovich: “If #Google hadn’t lifted these few sanctions, I would have been certain that nothing would improve in this country.”

But less than a week after gaining access to Analytics and Developers, inexplicably and without warning, these services were blocked once again. Google still has not yet released an official statement regarding the reason for blocking access to their services. This is just the latest case where a tech giant rescinds access to Iranian users of their services. We demand that tech firms, like Google, must become more accountable and transparent regarding their decision making. Doing so will allow users to trust that their interests are being served by the industry. This incident is a major setback for Iranian’s growing tech community, and has eroded their trust in the tech giant as the following tweets highlight: 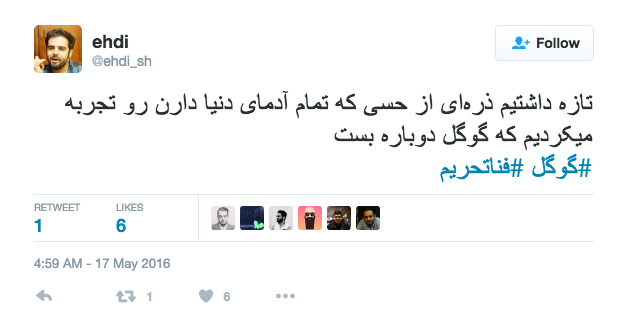 @ehdi_sh: “Just as we were experiencing what it is like for the rest of the world, Google blocked again [Analytics and Developers]. #Google #techsanctions” 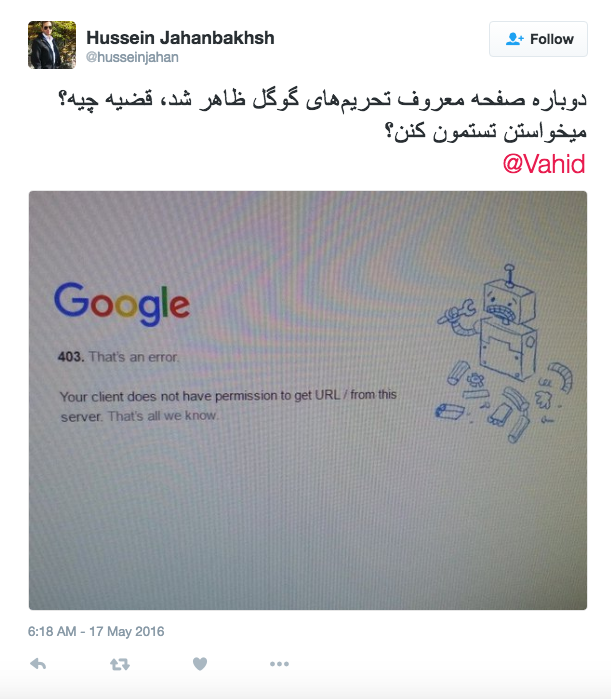 @husseinjahan: “Google’s famous ‘sanctions page’ is back again. What’s going on? Did they want to test us?”

Despite not knowing the official reason why Google rescinded access to Analytics and Developers, it suggests that overcompliance with US sanctions remains an issue. Simply put, the legal ambiguity of the US sanctions regime means that foreign firms are reluctant to re-enter the Iranian market. Ensuring that Iranians have full and uninterrupted access to the Internet should be the goal of all stakeholders, including the US government and tech firms. Why? A service like Google Developers enables tech entrepreneurs to enter the growing global app market, and it enables non-profit organizations to create apps that, for example, help Iranians avoid the morality police. As the tweet below shows, Iranians are growing impatient for full access to Google’s services.

@bkhezry: I was writing an educational text and in it I was going to mention that Google Analytics is not blocked anymore! Sh*t. #techsanctions”

Granting full access not only makes economic sense, but it can help Iranians exercise their fundamental human rights to freedom of expression and access to information. Therefore, we remind the US government and tech firms that they have a special responsibility to promote and secure open access to the Internet as a matter of human rights. The US government and the tech sector must cooperate with civil society organizations that have the expertise in advocating for human rights and Internet freedom in Iran. Only by working together can we help safeguard that Iranians will have their voices heard online. Inaction plays into the hands of the Iranian censors efforts to silence speech, and Iranians know it:

@BenyaminSalimi: “@Google does not care about us either! #techsanctions are a violation of human rights.”